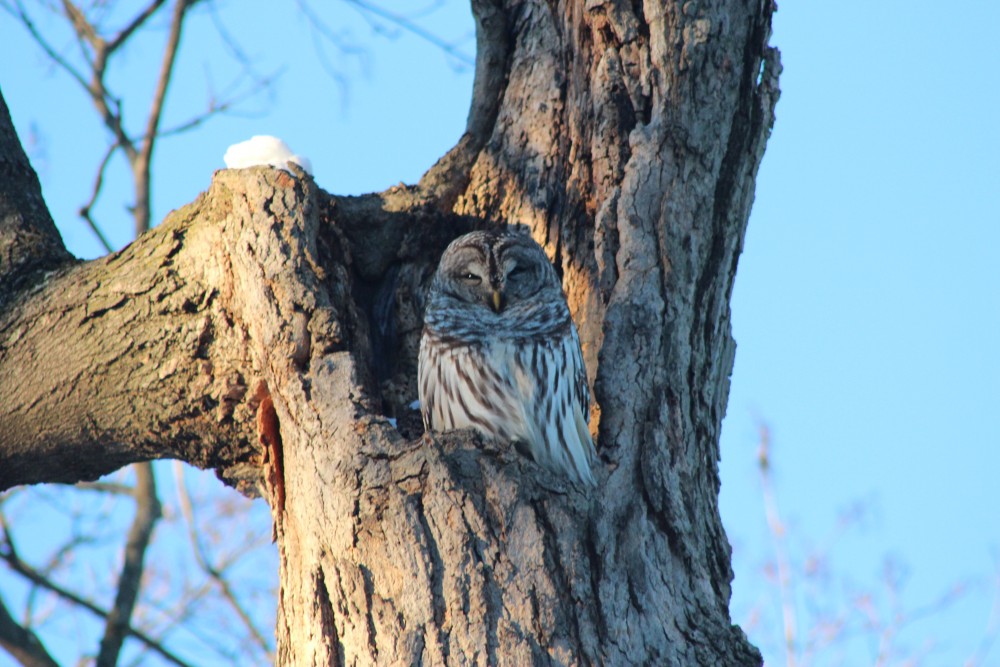 Owl’s Nest Park is appropriately named. Those of us who live near the #Cincinnati park know, there is a relatively large population of owls that live in the vicinity. Tonight, March 27, I captured the songs of the Barred Owls mating calls. They have been in mating for around 3 weeks. I think I even heard an owl orgasim. Unfortunately that is not captured here. I guess the male owl petered out. Listed to Barred Owl’s Mating in Scarborough Park #Cincinnati.
You should have headphones for this, recorded with voice recorder app.